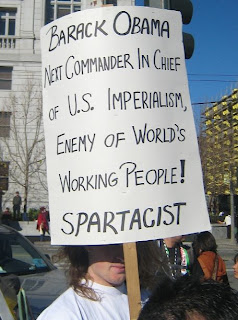 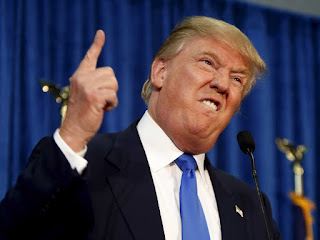 Can a progressive national movement be successful?

I describe myself as a utilitarian nationalist, as I believe that there are logical and practical reasons why further self-determination would benefit Wales.
However, we shouldn’t kid ourselves that people are always logical and practical when they choose who to vote for.
As Trump’s election as President in the United States has shown, people tend to vote with their gut, for loyalty to a particular tribe, and for emotional reasons.
Hate is the most powerful emotion of all. And when it comes to nationalist movements, voters tend to react not to policies but to what’s called the ‘discourse of nationalism’ – a discourse that emphasises in many overt and subtle ways the difference between ‘us’ and ‘them’.
Trump’s campaign wasn’t a nationalist movement per se – he wasn’t campaigning for independence – but he did tip the scales back from civic to ethnic nationalism.
To be an American it was no longer enough to live in the country and respect its constitution and its institutions – the Khzir Khan model of American nationalism.
The Trump campaign’s message was that you only truly belong to the country if you belong to a particular culture, in this case White Anglo-Saxon/Celtic Protestant.
The discourse of nationalism is obvious in Trump’s speeches and adverts and has clearly been extremely effective.
Welsh and Scottish nationalism’s ‘problem’ (if you could call it that) is that it lacks such a clear ‘us’ versus ‘them’ narrative.
Its adherents are progressive liberals. Most are happy to accept anyone who wants to be part of the country. There’s no ‘other’ to be excluded.
The only ‘other’ is Westminster, or perhaps British politicians. They can claim these British institutions aren’t working for them, and need to be replaced with home-grown ones.
It’s easy to maintain civic nationalism in a country that is already independent, but it’s harder in my opinion to base an independence movement on it, because it lacks the same emotional punch.
How then can Welsh and Scottish nationalists appeal to voters on an emotional level? They can offer hope, but unfortunately – as the US election has shown – when it comes to the ballot box hope doesn’t always trump hate.
The only chance of success in my opinion is that the politics of the UK become so repellent to Welsh and Scottish voters that independence becomes the only positive solution.
That is clearly the game Nicola Sturgeon is playing, by juxtaposing the pro-EU and progressive civic nationalism in Scotland with the increasingly right-wing, ethnic turn of British nationalism.
Thankfully, they’re doing it the hard way. Whether it’ll be enough remains to be seen.
Further thoughts: How dangerous is Trump?
The extent to which we should fear a President Trump depends to a large extent upon to what extent he actually he has the political nous and patience to govern a country.
Despite being the most powerful person on earth, a President and the rest of the Executive Branch can get very little done without the Legislative Branch.
As President Obama demonstrated before him, it’s easy to campaign on a message of change, but much harder to deliver change when in power.
Despite his promises in 2008, Guantánamo Bay remains open, millionaires still pay a lower tax share than many of their workers, and government surveillance in as intensive as ever.
Obama’s failures were frustrating at the time, but when a demagogue does enter power you are reminded why these checks and balances are there.
We should certainly take Trump and his fascist tendencies at face value – he is very dangerous and would build that wall, veto the press and deport millions if he could.
But he can’t achieve anything without the rest of the Republican party, who are thankfully slightly less dangerous.
I don’t think Trump has the patience or intelligence to get his policies through. I suspect we’ll probably end up with an executive that is run by the Vice President, Mike Pence.
His views on guns, the LGBT community are extremely troubling, but not quite white supremacist-level troubling.
It should be noted however that the Nazis’ rise to power in Germany was played down in the 1930s on the grounds that other political parties would have a moderating influence on them.